Are You Canada’s Next Top Talent?

In its 6th year, Adzuna’s annual Graduate of the Year competition has awarded the best and brightest college graduates from around the world with prizes to help them kick start their careers.

This year, we’re giving the winner more prizes than ever before to make sure they can stand out from the crowd in an increasingly competitive job market.

Canadians will be competing against contestants from the US, France, Russia, Poland, Brazil, Canada, South Africa, and the UK. Finalists from each country will win $150, and a certificate declaring them their country’s Graduate of the Year.

If you’re a college senior or graduated within the last 12 months from a recognized university in Canada, what are you waiting for? Enter now!

Whether you’re a student leader, an academic superstar, accomplished athlete, or simply an outstanding individual in your own right, we want to hear from you.

To enter our competition, click here and tell us briefly why you think you are the Graduate of the Year 2017. But you’ll have to be quick! The deadline for applications is June 30!

The finalist from Canada will receive a $150 cash prize and a certificate, before going on to compete for the International Graduate of the Year title with finalists from the US, France, Russia, Poland, Brazil, Canada, South Africa, and the UK.

Last year’s winner Myric September beat thousands of entrants from around the globe to become the 2016 Graduate of the Year. From South Africa’s Northern Cape province, Myric was singled out for his impressive entrepreneurial credentials and academic achievements.

Rose Thompson, Managing HR Director at BarclayCard UK, and member of the judging panel said “Myric’s achievements in and out of the classroom, not to mention the potential he has for future success, made him a clear favorite” for the title.

Describing the moment, he found out he was Graduate of the Year Myric said “The feeling that would most describe it is humbleness. I’m humbled – I worked so hard and it feels like it’s paying off now. Maybe one day I will back at this moment as when I realize that I had started to make it.”

Want to follow in Myric’s footsteps and be crowned the 2017 Graduate of the Year? Enter Today!

Graduated more than a year ago? Don’t worry, Adzuna can still help you land your dream job! We have 2+ million job adverts, including entry level jobs and internships, while our Market Insights will help give you the edge during every step of the job hunting process.

Good luck, and don’t forget to join the chat on twitter: #GOTY2017 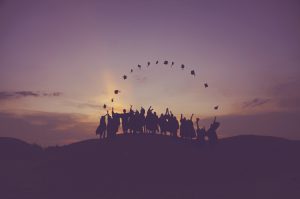 Top Provinces and Cities For Employment Across the Country

Tourism on the Rise: Jobs in High Demand